Composting is in his blood

Adam Martin carries on what his father started

GREENFIELD — Adam Martin may not say this himself, but these days it takes a renaissance man to farm dirt.

“And we’re still learning,” Martin assured. “We’ll always be learning in this. This is just modern day farming. You just can’t survive off of cows and growing vegetables any more.”

In 1981, just a few years before Martin was born, his father, Robert Martin, purchased 90 acres in Greenfield to farm vegetables, beef cattle and other animals. Martin spent his childhood on the farm, riding alongside his father in the tractor, and later, driving the big machinery himself. “My heart was in it,” Martin said. “I didn’t even play sports. I always chose to be with my dad out working.”

During those years, what started out as sensible Yankee thrift grew into the Martin’s crop of the future: compost. In the beginning, the Martins accepted their neighbors’ yard waste, useful as mulch or compost to enrich the fields. They also shredded their neighbors’ newspapers for biodegradable animal bedding and collected school cafeteria waste to feed their pigs.

“My father is a very smart man. He’s a pioneer,” Adam Martin explained. By 1987, Robert Martin was granted one of the first composting permits in the state of Massachusetts. Today, Robert Martin has retired and Adam Martin has taken his lifelong apprenticeship to the helm, meeting the needs of landscapers, schools, restaurants and stores faced with high trash disposal rates and stricter disposal laws. 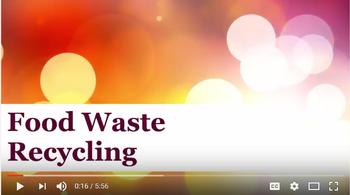 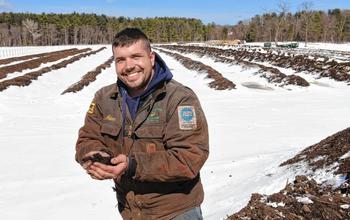 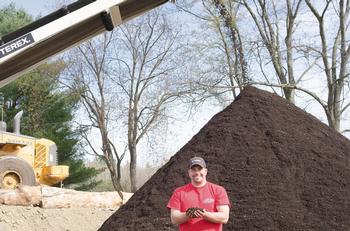 Dirt is the Salt of the Earth
from Edible Pioneer Valley, by Marykate Smith Despres | Photos by Nikki Gardner
posted Thu, Aug 25, 2016